Welcome back to my blog site. It has been a while since I did a post about carers, so this time I thought to raise an important topic. This topic will be on the use of referring carers.

Caring can be a lonely experience for many, especially if the family structure is not so big. Many families might actually have one main person doing the role of the carer and they should be identified.

Around the UK we have what is called Carer Centres and services for carers, although I mainly want to focus on Carer Centres. As you might already know, due to cuts in local authority budgets, a lot of carer support is under strain, which means carers now lack event more resources to help them cope with providing that much needed care.

If you are not sure what a Carer Centre is, here are some examples below.

There are some carers who feel they do not need any extra support and that is fine, but I am betting on the vast majority of carers who would be thankful of being recognised as a carer and having their welfare supported.

I sometimes hear health professionals, social workers and those who may lack carer awareness complain that carers demand much from them, especially when the health service is suffering under the strain of diminishing resources. With such an impact on the National Health Service and social services, it has become even more important to refer carers to a Carers Centre.

Carers can then at least have a chance to be assessed regarding their needs as a carer, plus carers who are referred will not have to face isolation all the time.  When I mean assessed, it is not in the strictest sense, carers being assessed is that they are in touch with the caring community, people are aware what the carer is going through each time they turn up at the Carer Centre.  Carers should not just be provided with a carers assessment and then told to go away and get on with it without any support.

In regards to isolation, I do not mean just isolated from other carers, but from support services as well.

Tailored information can be provided to carers from a Carers Centre and if information is not present, carers can often request information to help them in their role.

The tragedy of referring carers depends if health professional, social worker or those coming into contact with carers are actually carer aware. If there is a failure to recognise a carer, then further strain is placed not only on the carer, but on the person the carer is trying to support, eventually this comes full circle as there is a risk that carers back out of their role due feeling unsupported and thus the patient or service user completely relies on the social/health service.

Services must be carer aware and refer carers to Carer Centres, groups and services. It is also important to note that referring carers should not be another way of passing the buck, social services and health professionals need to be trained and supported in providing support to carers, but I am aware that is not their primary role. 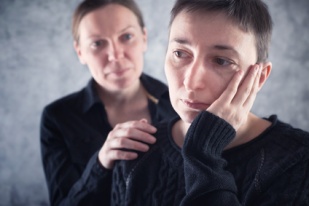 The stakes are a lot higher due to the Care Act 2014, failure to recognise, support or refer carers can raise a red flag showing services are not filling their obligation to support vulnerable people. Carer Assessments need to pick up where the carer is struggling and set out a plan where support can guard the family & carer against a crisis.

It is time we recognise the vital role carers play in ever diminishing resources, carers benefits cannot always be the answer even though many carers are already providing an unpaid role.  Plus not all carers choose to be carers, but they certainly think twice about leaving their loved ones in the care of services struggling as it is and thus decide to take on the role of carer.