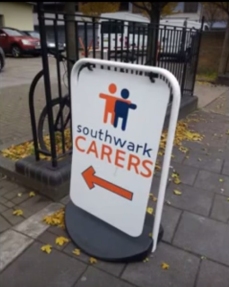 Here is the update from the forum I run after the BME MH Carer/SU forum in the afternoons.  This forum is aimed at unpaid carers in the borough of Southwark, although mental health professionals are free to attend.

The May carer forum was very well attended with representatives from Southwark CCG, Southwark Healthwatch, Kings Health Partners and nurses from the Southwark inpatient acute wards.

At the start of the forum I presented what a mental health carer is, that being basically an unpaid carer supporting someone with mental health needs.

She presented on the new Mind and Body programme, which is a Kings Health Partners initiative between Guys&St Thomas, Kings College Hospital and SLaM. The Mind & Body programme looks to close the gap between mental health needs and physical health needs. 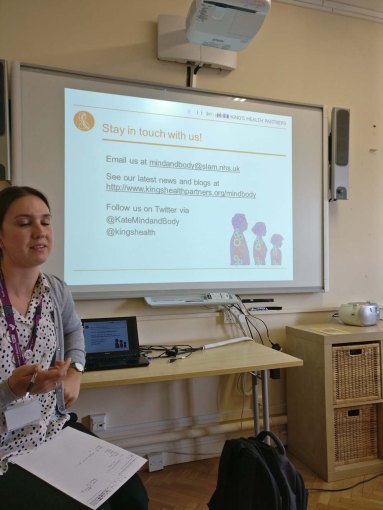 The forum discussed ways engagement can be made with carers in mind. There is an offer to promote the forum via the hospitals in Southwark, which means families and Carers can link up on what is going on.

The forum hoped to have Mick Wright Turner – Head of PMIC Southwark Pathway, but he was unavailable.  However we were very impressed that nurses from the Mental Health unit attended the forum to speak about the carers pathway progress.

Next up to present was Karen Clarke who is the mental health lead at Southwark CCG. The forum is particularly interested in collaborating with her regarding updates on mental health services in the borough of Southwark, especially services that needs to give more thought/involvement and engagement about families and carers.

Karen spoke about her role and an introduction about Southwark’s mental health strategy. There will also be a IAPTs review,  the Southwark wellbeing hub review and more updates.  The forum spent some time comparing it to Lambeth’s Mosaic clubhouse. The forum would like southwark CCG to help promote what we do and let carers know there is a place to be heard.  Karen aims to continually engage with the forum, so carers and carer champions can be involved and spread the word.

Next was Southwark Healthwatch updating on projects regarding carers?

Southwark Healthwatch spoke about their new initiative to engage with carers about mental health services.

The engagement officers took the time to ask carers on what they think would be a mental health crisis and where would the carers take their loved one during a crisis and would like to interview carers about mental health services in the borough of Southwark. 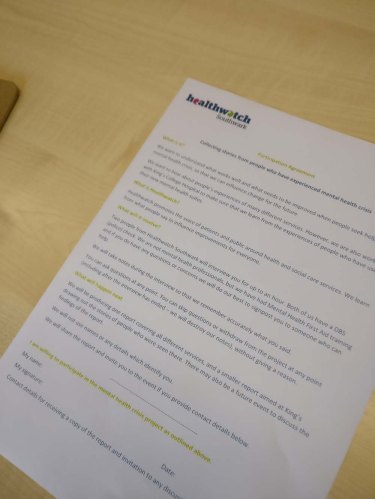 The forum again would like Southwark Healthwatch to help promote the forum, which Healthwatch agreed via their community board.

The next part of the forum looked into engagement requests Updates

There was a very short discussion on meeting the MP Neil Coyle, the MP has helped promote the forum and there will be a Southwark MH event in Parliament with members of the forum talking about why such a forum is needed.  All members noted that this will bring much needed awareness of what carers are trying to do while being empowered to do so.

Members are also excited that MP Helen Hayes is due to visit the forum in June.

I have been helping train staff on the wards, one ward was actually done over at the Maudsley, this is in regards to carers & confidentiality. The training is being done with help from the trusts Modern Matrons.

Another member of the forum attended NHS England’s conference and raised if their 5 year plan includes try Triangle of Care.

Welcome back to a quick update on one of the mental health carer forums I chair. This particular forum involves unpaid BME carers and those using or have used the mental health system. This is the only forum which involves ethnicity at it’s core. 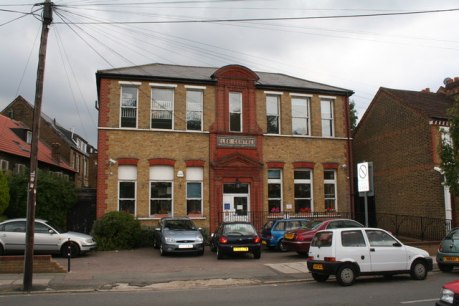 Lewisham is a very diverse borough and there is a high rate of mental health representation amongst the afro/carribean population. The forum has been running since last year and we have made a lot of progress, especially through engagement.

The forum runs once a month, usually on a Friday. The main topic for the May BME forum was on the SLaM quality report on the “Quality Priority setting for 2018/19”. All 4 of the Mental Health forums had a chance to give feedback on the mental health services South London & Maudsley provides regarding quality improvement. Despite feedback having to be rushed, I am grateful that the board has given the forums opportunity to provide feedback. 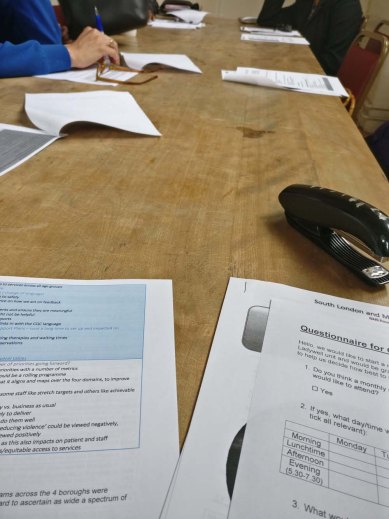 The report is an 8 page breakdown of where feedback is given in regards to improving quality of services at the trust. The BME MH forum meeting held on the 25th of May focused on page 7 of the report. I allowed each member of the forum to speak about how they felt was raised in the report.
– Quite a few had opinions about how medication could be improved and wondered how the forum would be updated on progress.

– It was mentioned that some people would not have time to read the report and it should have pictures, but I felt at least we can have a discussion about the report so members can hear other’s views who had read the report.

– A lot of the members felt it was very important that the board take the suggestion of including familes in services, especially on the ward. One member felt comforted that family visited them on the ward, because they had a difficult time with staff.

– Another member wanted more information booklets, since I had handed them the new carers handbook, the confidentiality handbook and they queried why they had not seen those before.

– Lastly a discussion was raised on the problem of training staff to be empathic, especially staff from BME backgrounds who still lack empathy towards BME service users. This requires more discussion.

The forum members look forward to the Police along with the Central Place of Safety attending the June forum, especially since there was concern due to the recent death in Catford.

One important note is the members wish to have a mental health act officer engage with them to understand not only the mental health act, but also how the trust will adopt any new changes to Mental Health Law.

What on earth is mental health awareness week you say? I actually have done a few videos on the awareness event some years back, but let me refresh your mind.

As a note, I have also done a video version, press play to watch it.

Without campaigns or events to raise awareness about stress and mental health, many people would fall victim to stress, which can actually get out of control. We all experience stress and minor levels can actually help us achieve what we are trying to do, but prolonged and high levels of stress can cause damage to our mental and physical health. 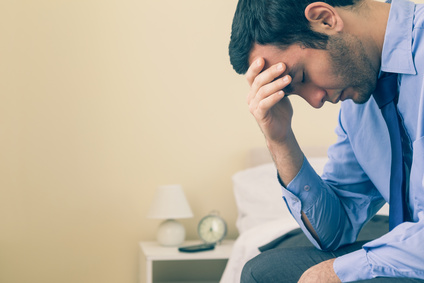 Stress can affect your mood, behaviour and body. Stress can cause any or a combination of the following.

Stress can also lead on to other mental health issues being

Sometimes what we need is to recognize when we are stressed and either stop or behaviour or seek help. Taking time out from stressful situations can do us a world of good, especially speaking to friends in the community.

So what have I done for MH Awareness week 2018? Not only did I promote awareness via this video, but I took part in a Curry & Chaat event over at Southwark carers. It is important not to forget those who try to protect and care for someone with mental health needs.

I hope this blog has been educational to you and hope you have a happy mental health awareness week 2018.