This is the last of the four MH carer forum update for September. This one runs from carers Lewisham, the Carers Centre is run by and for carers: many of their staff, trustees and volunteers are or have been carers.

The carers Centre provides information, support and advocacy for carers for the borough of Lewisham. You were hoping to have the head of social care for Adult Mental Health attend the forum, but she was unable to make it due to being unwell. The forum members are interested in her role and how it impacts on families and carers.

END_OF_DOCUMENT_TOKEN_TO_BE_REPLACED 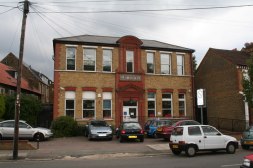 Here is the September update from the Lewisham BME carer/SU forum. This is one of the only carer forum, which Focuses on carers from the Black Minority Ethic Community, mainly Afro Carribean, but not strictly.

For this update we were fortunate to have the Lewisham HR lead for mental health staff attend and brief the forum. As a forum we did not know how much the HR lead has to do, which is quite a lot!! The fun runs from the Family Health Isis centre over in Lee.

END_OF_DOCUMENT_TOKEN_TO_BE_REPLACED 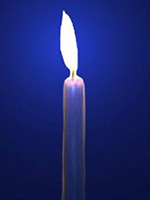 Welcome everyone, This blog post is about World Suicide Prevention day.

This year the theme for World Suicide Prevention Day is “Working Together to Prevent Suicide.”

Although it is difficult news to share, More than 800,000 people take their lives each year across the world. In the UK, more than 6,000 people die by suicide a year.

Suicide or those suffering from illnesses that can lead to suicide can affect more than the victim or person themselves. A death of a loved one can affect the family, friend or their carer. Unpaid carers can play an important role in providing support for someone suffering suicide thoughts.

What to do if you are suffering from suicide thoughts

What can you or others do to help raise awareness? 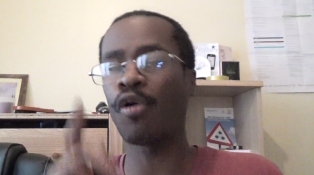 Hello, welcome to my latest blog. This particular blog is aimed at carers. This post hopes to be an inspirational message for anyone who is caring for a family friend or even a neighbour.

This post looks at promoting your voice as a carer. As a carer by our role, we give up so much and sometimes expect little, by definition health services and sometimes social services are aimed at the patient. Policies and laws can often assume that the family and carer are strong enough to cope by themselves.

END_OF_DOCUMENT_TOKEN_TO_BE_REPLACED

Here is the update from the Lambeth mental health carers forum for August.

The forum runs every last Thursday of the month. The forum is aimed at unpaid carers who are supporting someone suffering from mental ill health. The forum gives a chance for carers to discuss strategy, become empowered and engage with services.

The forum helps bring involvement out into the community, we also seek to network with other carers and track what is happening to carers welfare in the borough of Lambeth.

I had a bit of a break this month from charing because we had two new chairs for the August form.

For the month of August, We were lucky to have liason Staff member Tim Allen from SLaM presenting on caring for someone with depression. Tim also told us more about his role and how their team engages with those suffering from mental health crisis.

It was interesting hearing about the inspirations and challenges the mental health team were going through. Tim had a lot of knowledge to pass on and I’m sure the group had benefited from his wisdom.

For the second guest invite, Victoria Cabral from Black Thrive replaced Denis O’Rourke from the CCG, as Denis cannot attend this month but will attend a future forum instead. Victoria mentioned several reasons why ‘Black Thrive’ are active in the borough of Lambeth.

Here are some of the reasons below

– The death of Sean Riggs has shocked the community in Lambeth and things have to change.

– We need more involvement for black people to be helping to shape mental health services rather than just being the recipient of Health Services.

You can find out more information from their website below.

There were other things discussed, like trying to keep slam staff motivated and making sure SLaM keep good staff at the NHS Trust.

We also discussed carer experiences at Lambeth Hospital, plus how the trust should be trying to work within the principles of the Triangle of care. A good part of the forum looked into trying to care for someone who does not want to engage with mental health services, which many unpaid carers can experience.

The problems of lack of staff and lack of services or end up putting pressures on families and carers, it was mentioned that it is vitally important carers get a voice and speak up about their difficult role.

Welcome to the latest update of the Lewisham BME MH carer/SU forum for august. This is the first time that the forum took place in the evening, so to allow other carer members Who cannot always attends during friday morning.