Welcome and thanks for stopping by. This website aims to raise awareness of unpaid carers, like myself and also raise awareness of mental health. Hence the title of the site “A Caring Mind”. Recently I attended the exciting and prestigious HSJ award ceremony. I wanted to blog a fair bit of my experience there, especially from a carer’s perspective. Before I continue with my view of the ceremony, which was excellent, I want to mention a bit about HSJ Awards and its aim.

A bit of background on HSJ Awards

The HSJ Awards have been celebrating healthcare excellence for 39 years through huge political, technological and financial challenges within the sector. They have many partners, which are The Department of Health & Social carer, their leading partner Geometric Results INC, Lloyds Pharmacy, NHS Employers, Ministry of Defense, NHS England, Freedom to Speak up, NHS Charities together and many more. 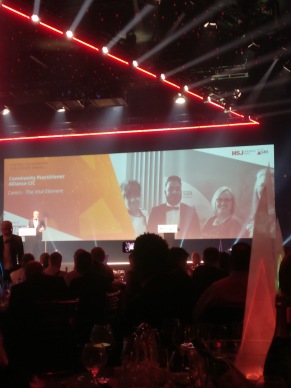 The HSJ awards focused on several categories on that night to celebrate the hard work, innovation and dedication across the Health and Social care field.

The categories up for awards I have listed below.

As you can tell, from the categories the awards reflected excellence on health services across the country.

My experience at the HSJ ceremony

The HSJ 2019 award ceremony took place at Evolution London, which was once known as Battersea Evolution. The building is massive and has seating up to 2,000 for dinners, I think i does hundreds of ceremonies a year as in conferences, exhibitions, award ceremonies and much more. 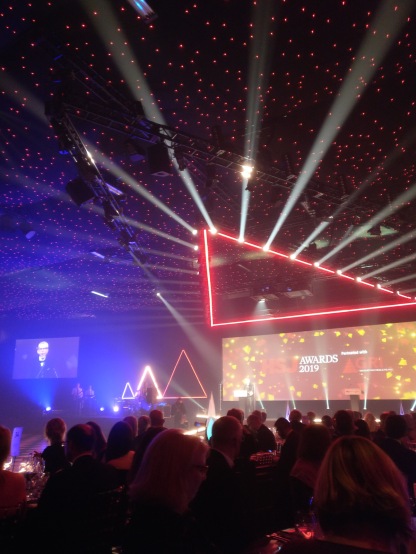 You can find out more about the venue below.

If I was to sum up the ceremony, I felt most welcomed by everyone from experience of care team from NHS England, Carers UK and Carers Trust. They were all so important in the role that they do, even though they probably would be very humble about it. I felt honored to be there. 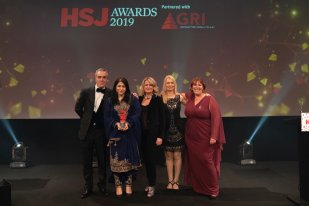 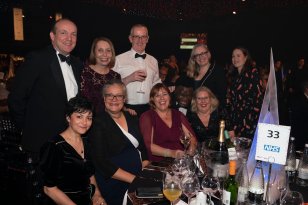 The food was excellent, the venue staff was very polite and the HSJ team especially Zara was fantastic. I was shocked they managed to get hold of actor James Nesbitt OBE to host the ceremony and I did not expect him to come out singing, James was very professional throughout the ceremony, because there was so many award categories to go through. 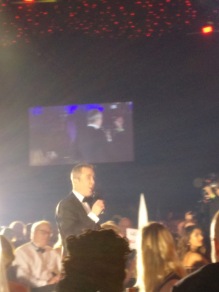 I was also impressed he wore the #NHSThinkCarer band and actually spoke about it at the ceremony. 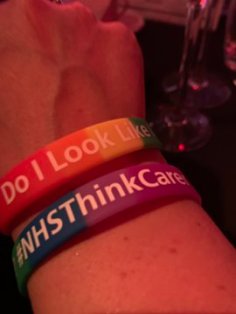 Going back to the HSJ Awards, I was fortunate enough to be one of the Judges for the Award category on “System Led Support for Carers Award”. I must admit judging the awards was fun, but challenging since the entries were very good, but to be honest my main drive for this blog is what does it mean for carer when a service wins such an award?

I did not really want to just do a description of the award event, I think anyone reading this especially healthcare providers should be interested on my thoughts. I think I wasn’t brought in to judge the entries because I am just a carer, I spend a lot of time engaging with mental health trusts, councils and CCG’s on carer welfare, policies and practices. I am sure some of them are fed up of me poking my nose into their business. Yet my focus is always on the unpaid carers where I am practically covering South London and expanding quickly.

If you look at my website you can see I have been raising awareness from 2014, but even before then I was involved raising awareness of unpaid carers. Its like I have nothing better to do but network carers together and speak as one.

My view on the system led support for Carers award is that it is a challenge to other systems to engages with unpaid carers. Any part of England’s health and social care field focusing on carers should not be a tick-box exercise.

I want to remind unpaid carers to take time and examine why West Yorkshire and Harrogate Health and Care Partnership won that award. You can view the Case study in the link below.

As a carer and an HSJ carer judge, I could not help but compare the entries to local or nearby carer focused systems. I had learnt a large amount of what works for carers and why.

I want to raise this to other unpaid carers that I network with as so to help educate unpaid them of the importance of awarding systems that involve and focus on unpaid carers to the highest standard.

My view is that West Yorkshire and Harrogate Health and Care Partnership has thrown down the gauntlet for others to either follow or compete against, but it is not enough for local authorities to do this by following examples from winners. We need unpaid carers to also engage with local authorities and ask…what are you doing for us?

We need unpaid carers to be green with envy when they see how other unpaid carers are supported from HSJ winners and those that entered for that category. It might seem hard asking for carers to poke their noses into Local authority affairs, but why not? 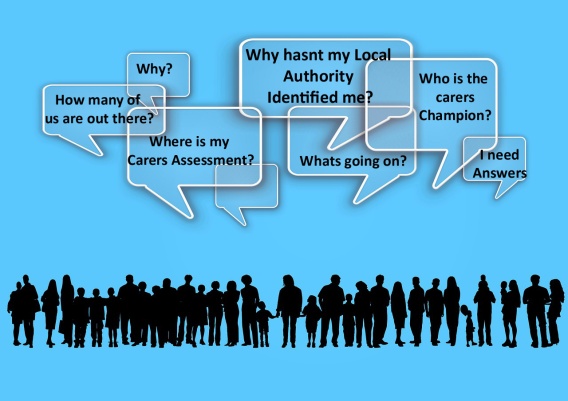 Does the Local authority seek to involve carers into their systems? Why are some Integrated care systems so quiet? What are they doing and who is leading them? How are carers identified in your area? Are you involved when it comes to Carer engagement? I think carers should find out who or what is running their carers programme and if it is either run of the mill or seeking to make an impact in unpaid carers lives.

I want to see more entries in 2020 HSJ Awards for the carer category, just because pushing for unpaid carer welfare can be challenging, does not mean no one can do it.

I am sure some where out there, there is a region in England that has been quiet on carer engagement for too long and should not be hiding. I think those that entered for the award were all winners in my book and set the standard for others to follow.

I would like to thank everyone who has involved me so far and from my observation they all have unpaid carers at the heart of what they do. If the NHS was to fall over (god forbid), they still would be fighting hard for unpaid carer recognition.

Thanks for stopping by and I hope I have not offended anyone apart from councils or districts who stay quiet on carers. 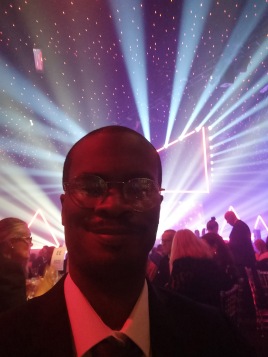