It has been a busy month for July and I have been meaning to update on my Lewisham BAME Mental Health carers forum for June. I have to honestly say I have finally gotten around to do this, even though the July BAME forum is tomorrow. Lets first give a quick introduction of this forum.

I can feel it can be difficult for patients to know about what mental health services are in place in a certain area, it can be even more difficult for carer’s to get an idea what is out there, especially if there are forms of mental health stigma. but this move in BAME community, sometimes the BAME community can go through a hard time and that does increase mental health issues as opposed and also problems with services that can be seen that we need to make made aware of and how we can work together.

With these issues it helps to have a forum that allows engagement from services. That’s because services change often, especially health services, mental health services and Local authority services. The forum also allows a chance for carers to get some forms of education to learn from those services.

For the June forum we had my MP Janet Daby attend, along with Josephine Ocloo who is a Researcher, and also ‘Patients for Patient Safety Champion and also on the National Patient Safety Steering Committee for NHS England. We were also joined by Donna Hayward who is SLaM’s Service Director for Lewisham mental health services. We also had Sophie from Healthwatch Lewisham who is the patient experience officer, talked a bit about her role as in to listen to residents on their views about health and social care. 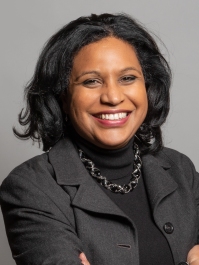 Janet thanked us for the invite to the forum so that she can update members and hear from BAME carer members. She was happy to see lots of familiar faces on the forum. Plus she felt that the forum was important for carers from the BAME background to be supported through engagement from services.

Janet certainly agreed that there can be stigma in the BAME community when it comes to mental health sometimes there is an embarrassment or shame around stigma or sometimes even people don’t really recognize or or get a sense of how they will and and can be supported. Janet Daby updated the forum to also speak about the Coronavirus where Lewisham has provided any support. Janet mentioned that she recently met with the chairman of SLaM sir Norman lamb and is are going to have more ongoing conversations in futher meetings.

Janet feels there’s so many things that she has spoken to him about and but the main one that I spoke to about was the lack of of professionals in engagement with family members where somebody has a mental health problem. There is an issue regarding the lack of empowerment for family members to be involved with the care and the decisions of their loved ones where they’ve got mental health problems. She feels health professionals should be embracing that relationship, rather than being surprised it exists, and also rather than making decisions without having those conversations with those family members. There needs to be more training on getting health professionals to engage well.

She has lots of concerns around where people live in overcrowded situations or where people live in unsuitable conditions and how that will exacerbate the feelings of them being isolated, just as carers are isolated during the coronvirus infections. With all this problems it is no wonder that mental health issues are incresing. Janet mentioned she was also concerned how young people were coping during this difficult period. She felt hard for those people who are unable grieve for their loved ones when they haven’t been able to attend funerals or do their usual goodbyes.

She feels it is really important that when the government is looking at this and she will do her hardest to increase the voices of the BAME communities being heard. Especially in accessing the right type of therapeutic support. Janet mentioned about the £5000 application funding scheme, which was also advertised off her Twitter account where carer members asked her specific questions. 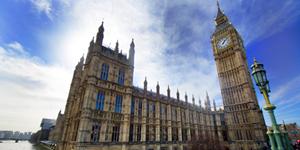 After a while, we got several excellent questions from the carer forum. Where one carer member asked about if the government understands the difference between a worker and an unpaid carer. He felt the reason why he had to ask was because he never hears anything from the government to say what they’re going to do for the unpaid carers who are suffering in silence at the moment. Janet did agree more could be done to raise awareness to the government about carer identification.

This is not only a problem with carer identification but also BAME as there has been so many reviews including the McGregory review, the Windrush scandal review and others. Janet queried when will the government get on and work on the recommendations of these reviews. She felt that we do not need people’s sweet words or their facial expressions of concern that they really care about the community, because if they cared about our community, then they will put these recommendations in place. She feels there is a lack of BAME people being at certain reviews and it is so important BAME communities keep telling their stories, but with these recommendations especially from MP David Lammy and others hardly any get passed.

Going back to my Lewisham BAME forum, I am open for patients and service users attend and we got a good question from a service user who does peer support on some of SLaM wards. She feels that patients get a bad deal when it comes to their ward rounds. A good example is there can be so many people at those ward rounds and that there is a misrepresentation of that service user needs. There is a lack of patient advocates to be there as a voice to represent them and not for other people to tell them.

Another carer talked about her mother from a different culture and background and felt that while her mother is in hospital, there is some difficultly visiting her. Some other carer also from a BAME background spoke about the reasons why she feels the BAME community gets so many mental health problems she was also unhappy about the levels of BAME community at the front line contracting COVID-19.

Janet responded to the forums queries and questions and agreeing that the BAME community should not be pigeonholed and stigmatized with labels. Plus the problems of PPE not fitting BAME staff and the problems of poverty, which can lead to lower immunities. She feels BAME communities need more access to education, housing and especially health. She also feels there needs to be prevention of the police racial profiling of our community and that there is also a problem with the rise of the far right in the UK.

One of the service user members of the forum stated that she was at another meeting yesterday and felt that we need to stop thinking as a separate unit. We need to think of us as a big community, and this is some of the things she find as a service user as well, is that there’s that separation of hospital care and community care. She would like to see those two come together as a whole and that the care that you can get to can be continuous and not separated.

We next had Josephine Ocloo speak about her research and then Donna Hayward from SLaM give the forum members service updates. Donna felt it would be appropriate to talk more on BAME cultural awareness. Donna mentioned that although SLaM knows that a lot of their patients, carers and staff. She feels like there could be more discussions on what what it’s like to be black, or from a BAME background.

She want people’s experience of mental health to be different, but Doona feels unless we have the conversation about diversity in a very open way, SLaM may be in a position of being defensive and still feels we are not getting it right for our community.