Thanks for popping along to read another of my carer blog posts. Aren’t we lucky today, just this morning I had released a blog post about sociology and now I am blogging again regarding carer involvement.

As of this morning I am a carer governor of my local trust, that trust being NHS South London and Maudsley, I am also a carer representative at that trust and fairly active in the communities as I set on many forums and groups. Why do I do all this you may wonder? Well read on and I hope to get the message across.

So what exactly is involvement? Basically involvement allows those to help develop systems and services in order for systems to be geared towards carers, patients or service users. I mainly talking about mental health services. Involvement can actually be paid or volunteering, but as long as has service user or carer input then that is a good start. It is difficult to state what is the perfect use of involvement because we have to remember carers and service users were not trained to be service providers, however we must be aware they are service users.

The worst thing to happen is for a mental health service to be provided to users that does not have the service users in mind, which means the service basically falls apart and is open to scrutiny. I will describe more about involvement in a bit more detail later on in this blog.

There are a lot more reasons I feel involvement is critical regarding the delivery of services. Other views is that mental health carers (those who are unpaid and caring for someone suffering mental ill health) are the mysterious group that are not so well understood, if carers can be involved in the delivery of mental health services, then there is more room for carers to feel valued, this obviously stands the same for the public, staff and service users.

Why do it involvement?

So lets say you are caring for someone and wish to become involved, why do it? I would not recommending getting involved if you have just started your caring journey and are still trying to get to grips with mental health. However if you have been caring for perhaps around a couple of months to some years, you might be wondering to yourself why on earth mental health services are providing a service in such a way.

Some carers would avoid getting involved because they wish to distance themselves from services, while others avoid involvement because they find the environment too challenging, hostile, full of jargon or unrewarding. There will be carers who really want to make a difference and wish to tell their story of how they became a carer, after all to make a change us carers have to get up and get out there. 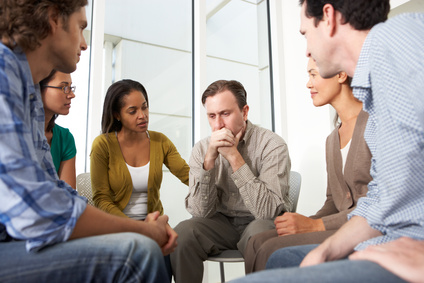 Carers will unfortunately need to change their attitude regarding how services perceive carers. If carers wonder why they are receiving services not designed for them, then we can only complain for so long. We need to make a stand and be noticed, we cannot leave the role for too few other carers to fulfill.

Becoming involved can also be rather Rewarding, if a carer can see a project too its end and check its results, there is some pride that we stuck it out and made a difference, but be aware that it is not possible to do everything. There is much to learn on being involved, it is also important for staff to value the time of carers who are hard pressed as it is.

So what can be considered involvement when describing hospital services and settings.

There are staff on the inpatients wards and out in the community who are not carer aware, even though their very jobs require that they must engage with carers. If carers are to make a difference then the front line would be a great start. Also expect senior managers, lead nurses and even board members who are not sure how to engage with carers. Carers can collaborate and help train staff members of NHS services. This could be development of many courses to telling basic stories of their role.

Be aware that carers should allow staff to ask questions about their caring role, because this is one of the best ways staff members can learn about carer, if a staff member assumes that there is all that is needed to know about carers then that could be a sign of lacking carer awareness.

No matter how far down the chain carers need to become involved, we are all partners helping to set a target where the best quality service is provided to encompass not only the service user or carer, but the whole community, there should be no room for those who feel they are special, we are all partners giving what we can to make a difference.

When I first got involved, I felt intimidated and did not understand a thing, but trust me that all changes after a while and there is still much to learn, do not be fooled if someone treats you as if you have nothing to offer. Even being present is regarding as caring about the service and becoming involved.

It is vital us carers can submit our views regarding services and projects. Obviously there will be time when questionnaires, surveying and submitting views can become boring or repetative, but unfortunately how can the service understand carers if carers do not speak up or fill in questionnaires? We need to submit our views and be valued in doing so.

I have taught a few sessions as a carer even though it was very difficult to get access to staff in order to do so. There may be an excuse that people do not like being told what to do, but that depends on how a session is delivered and how interested attendees are in the subject. No one within the health service can say they completely understand the realm of mental health carers, this leads to dangerous assumptions as there is a history of lack of carer involvement, which unfortunately looks to continue for some time. Such challenges can be overturned when carers become teachers of their field.

To be a carer in isolation can be a tricky role, how do you know you are providing the best and adequate care if you have nothing to compare yourself to? Apart from having a carers assessment, How about learning from other carers (who are involved) who also can tell you their experiences, stories and roles? Carers can also learn from those who carry out focus groups, project designs and chair meetings. Carers can learn from other carers in regards to tackling difficult carer issues e.g. what questions to ask a staff member, challenging wrong decisions, preparing for the worst and becoming a more confident carer.

Involvement often allows for workshops to take place, where carers along with service users can query, submit their views and answer questions in a group setting. Just taking part can allow for carers to learn so much from what is being developed at the workshop.

Co-design can be one of the higher tiers of involvement where carers can be required for their opinion of service development, obviously not the easiest of roles regarding involvement since some projects can be intensive and challenging, but the rewards are very high if the results are successful. Involvement at this scale is usually championed amongst mental health and carer charities. 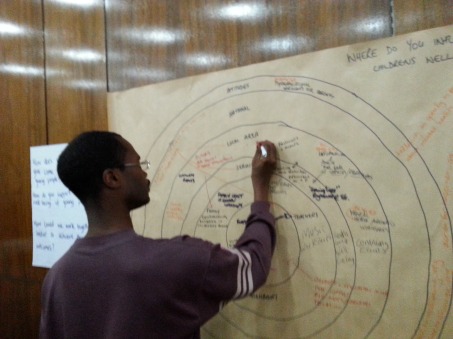 Watching how the projects turn out

Again, this is one scale of involvement where carers might not often get access to, but when there is a chance, carer should try their hand on observing projects from start to finish. This can give carers an idea of how services end up being provided from the drawing board level.
Giving views regarding trust services (self assessment)

Have you seen my blog post on the triangle of care? A lot of mental health trusts are asking their carers to give views on self assessment of their mental health services. It is critical for carers to get involved at such a level if they wish for services to value and involve carers.

Interviewing staff as part of the recruitment process,

Sometimes one of the easier aspects to involvement, some interviews are done at a panel and some in groups. Those being interviewed might be admin staff all the way to a medical director, I should know I have helped interviewed medical directors. You can learn so much from such roles and feel valued for taking part.

Many business meetings can actually require a carer to be in attendance, but do not be fooled that because you are a carer in attendance, that is the only thing for you to do. Carers should avoid being the token care and get involved by asking questions and giving input. Not easy depending on the agenda of the meeting, but if a project has been released without carer involvement, then questions should be asked why.

Although this is one of the last involvement roles I ll mention, it is by no means the least and there are numerous other involvement roles that I have not covered e.g. speaking to patients on wards, helping in inspections, working as a link to community organisations and so much more.