Well as of this blog, it is new year’s eve and soon it will be 2015. I cannot believe how fast 2014 has gone, but then again time moves so fast if you have been so busy, and yes I have been so busy during 2014. What did I get up to? What were the highlights?

On the 18th Of December 2014. I enjoyed the Lewisham Mental Health Connection Xmas party. There were lots of activities, having fun and being part of the community. I met many old and new friends and hope to contribute and help the LMHC in 2015.

On 12th of December 2014. I headed over to PerPlexUs, MA Applied Imagination’s 2014 degree show. This took place over at one of the University of the Arts London sites. I met my friend Adele Orcajada who explained her Yarn work and project, plus I got the chance to visit many more of the other students art projects and participated in their group sessions.

On the 10th of December 2014, I attended the SHARP gallary which stands for Social Inclusion, Hope and Recovery Project. This is where I got to visited and view many of the mental health trust staff art work. There were lots of hidden gems to find and I enjoyed capturing all the creativity that was held at the gallery including the event itself.

Southwark Healthwatch One Year on Event 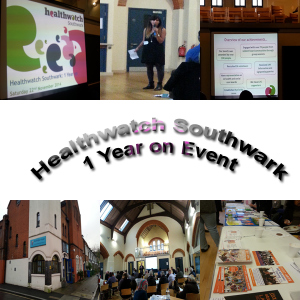 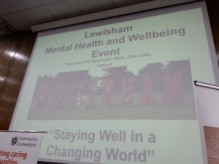 On the 20th of November over at the Lewisham Civic Suite, I attended the Lewisham Mental Health Wellbeing day which was  presented by the NHS Lewisham CCG, South London and Maudsley NHS Foundation Trust and Lewisham Council.  The MH and Wellbeing stakehold event wanted to concentrate on the service user/survivor aspect. 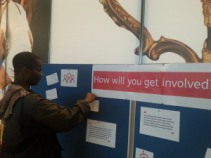 On the 13th of November 2014 I attended the CarersUK National.  My friend and Carer representative Bridget Jones also attended along with another governor.  We heard many updates and issues from CarersUK, plus I was lucky enough to have my blog included in CarersUK newsletter.

The anatomy of melancholy 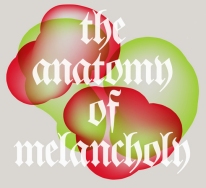 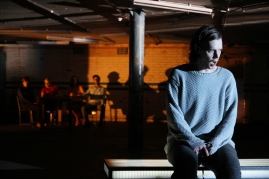 On the 23rd of October 2014 I was lucky enough to watch an Opera performance describing the form of depression and the anatomy of melancholy. The Opera was a fascinating experience and a joy to watch, every actor kept my attention and there was so much to learn from the performance.

On the 10th of October was an awareness day, this being World Mental Health day, which falls on the 10th of October each year. I managed to visit 5 events from the Lambeth & Southwark Mind stall, to the South East London Arts Network workshop at Horniman Museum. I even attened a series of talks at the GV Art gallery.

Carers Lewisham held its AGM in 2014, this is one the most carers centers I use in order to get support for my caring duties. I have used Carers Lewisham for probably 8 years or so. At the AGM we heard what Carers Lewisham have been up to since their last AGM and we got to hear carers stories, including my own carer experience. 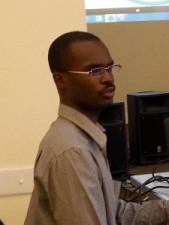 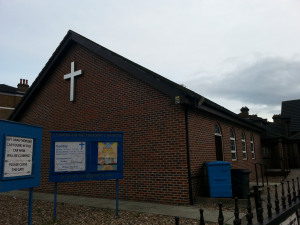 Lambeth runs around about 4 carers forums each year. I managed to attend and capture 2 of the forums. The forums are very large and although not all carers are mental health carers you can at least capture the general field of what carers go through and what issues are raised.

The South London & Maudlsey Foundation Trust run family and carer’s conferences each year. I was lucky enough to help plan and participate in the conference where families and carers get the chance to be informed of the work and updates the trust is doing to help families and carers of those using the services. There were lots of speakers, stalls and activities at the conference, I hope to blog about this soon. 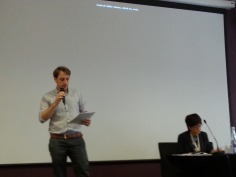 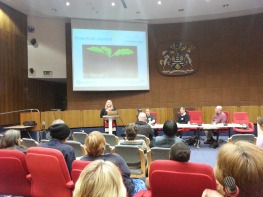 The Lewisham Mental Health Connection ran another of their yearly conferences and this one took place at the Lewisham Civic Suite on Thursday 11th September. We got to hear from many speakers in the field of mental health and volunteering, there were many workshops and stalls and I got to hear from friends who influence the field of mental health. 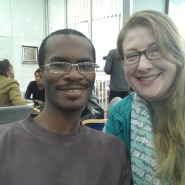 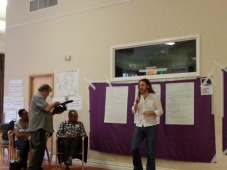 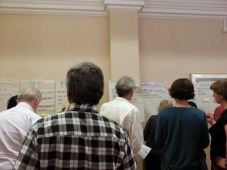 Healthwatch Lewisham run many engagement events and one of them focused on community care. This event was held over at the Lewisham & Greenwich University hospital on the 28th of June. There was many great ideas from the event coming from those passionate about the community and passionate about healthcare. The event was run in partnership with the Save Lewisham Hospital campaign.

Those who have learning disabilities can unfortunately develop mental ill health, but what things are being done to help those who have those challenges? I was asked to cover the Wellbeing event over at the Maudsley Learning Center situated over at Denmark Hill. This event was huge and practically used most of the building. There were many stalls ranging from health eating, mental health projects, healthy and active lifestyles and also workshops. I was most impressed with the involvement from those who use the services at the event.

Hear Us is the Mental Health Service User Group which acts as a coordinating body to facilitate, and ensure service users involvement in the planning, delivery and monitoring of mental health services in Croydon. They have gone from strength to strength ever since the group started and this event was to celebrate their archievements. I was impressed with the presentations and stories from those with lived experiences. 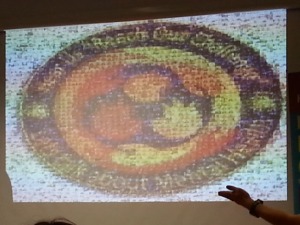 On saturday the 27th of September, I was lucky enough to attend the sydenham Garden Autumn fair and lucky enough the weather was just right for it. Sydenham Gardens is award-winning charity providing gardening, nature conservation & creative opportunities for the well-being residents of Lewisham. At the fair was music, children’s activities, apple juicing and a chance to visit many of their gardens. Sydenham Gardens are also a member of the Lewisham Mental Health Connection.

I visit quite a few healthwatch events and other healthwatches are happy enough for me to promote and blog their events. Southwark healthwatch held the Social care event in 2014 where we got to hear what they are doing for Access to GP services, Access to Mental Health services, Sexual Health Services, specifically HIV and of course Social Care. We also had the oppertunity to influence what needs to improve social care in the borough.

On Saturday 5 July 12-5pm I decided to visit Bethlem Hospital grounds to attend the Bethlem Sunfayre 2014. Each year they hold the Bethlem Sunfayre where there are some of the stalls selling various wares, plus five zones. There were BBQ and music and entertainment stage, Art workshops, ceramic workshops and the Bethlem Gallery plus bethlem Archives and Museum. There was also a Community Centre, Complimentary therapies and cafe. I spoke to Victoria Northwood on the developments of the new Bethlem Museum.

The Anxiety 2014 is a London-wide arts festival taking place at multiple venues throughout June 2014 and I attened around 5 of the events and blogged, video blogged and captured a few events as well as networked with many of the attendees. One of the events was a documentary on film maker RD Laing’s controversial Archway Community, testing Laing’s conviction that mentally ill people can only heal their shattered “self” in a space where they are free.

Cooltan Arts held their midnight walk, where about 130 walkers gathered for their Summer Solstice Midnight Walk on the 21st June CoolTan Arts is a a mental health and arts charity that believes mental well-being is enhanced by the power of creativity. I had an amazing journey on their 5 to 6 hour walk. We explored the area of Southwark and heard many stories and got to do some activities, however most importantly we learnt more about mental health and made new friends. 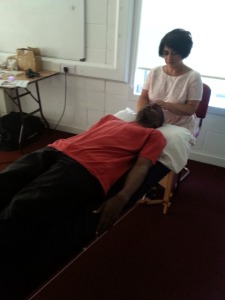 Back over in the London borough of Croydon on Tuesday 1st of July I attended the Hear Us wellbeing event where nearly 200 people, including those experiencing mental health problems, carers, staff and members of the public attended. I took part in some football, visiting some stalls, had some massage therapy and viewed some creative writing. 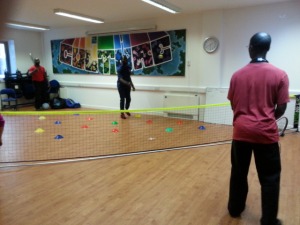 On the on 2nd and 3rd of June 2014 the Refocus on Recovery 2014 international conference took place over at New Hunt’s House at Guy’s Hospital. The conference had four themes being, System transformation, Relationships that support recovery, Recovery in crisis and Keeping well in daily life.