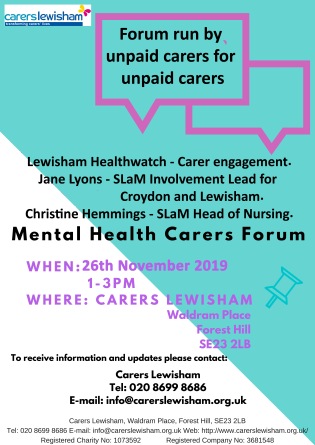 Welcome to my quick update of the Lewisham Mental Health Carers forum. This forum runs usually on the last Tuesday of the month and runs from Lewisham’s Carer’s centre. The forum looks at the issues affecting unpaid Mental Health carers in the borough of Lewisham and sometimes further beyond.

The forum does not look into the mental health of unpaid carers, but the situations of families and carers supporting someone with mental health needs. A bit more about the Charity ‘Carers Lewisham’. From their website.

Carers Lewisham provide a range of services including advice, information, emotional support, breaks, opportunities to meet other carers, relaxation days and well-being sessions, coping strategies, specialist support for parent carers, carers of people with dementia, carers of people with mental health problems, older carers and carers who are caring for someone nearing the end of their life. 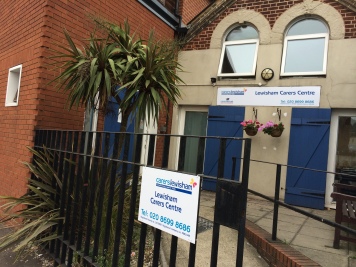 As you can see, families can have complex relations and unpaid carers are no different, unpaid carers need that support, but they also need empowerment. This is what the Lewisham MH carers forum tries to provide.

The Lewisham Mental Health Carers forum runs once a month, just like the other 3 carer forums I try run. All MH Carer forums run in South London, but do not be fooled into thinking I just run forums since my activities spread much further than that, e.g. helping out Mental Health carers in other boroughs where mental health NHS Trusts have some idea of empowering unpaid carers in their area.

A first for the November forum was the use of a telecommunications application called Zoom, which allows unpaid carers to attend the forum via Video Chat. I am still trialing the device and checking out the hardware, but I have made it clear to members that I am happy to train them in usage. 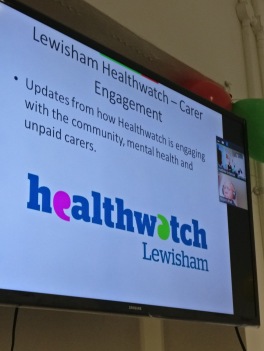 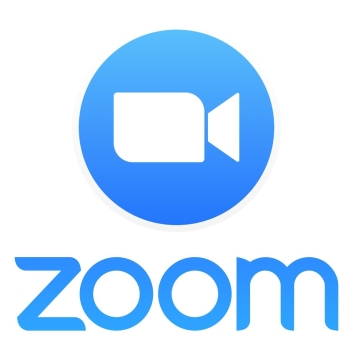 For the November MH Carers forum, we were glad to welcome Healthwatch Lewisham.

Healthwatch Lewisham is the independent champion for people who use health and social care services. They exist to ensure that people are at the heart of care, and they listen to what people like about services, and what could be improved. Healthwatch Lewisham share their views with those with the power to make change happen, that being the Local Authority, CCG or those who provide services.

Marzena Zoladz who is Healthwatch Lewisham’s Involvement and Projects Manager has been actively engaging with both the Lewisham MH Carers forum and the Lewisham BAME MH Carers forum. She was there to update the members on Healthwatches Intelligence report, which is about a summary of reports and actions that have been undertaken by Healthwatch, including information on what they are currently working on, what work they are planning and updates on work they have previously undertaken. 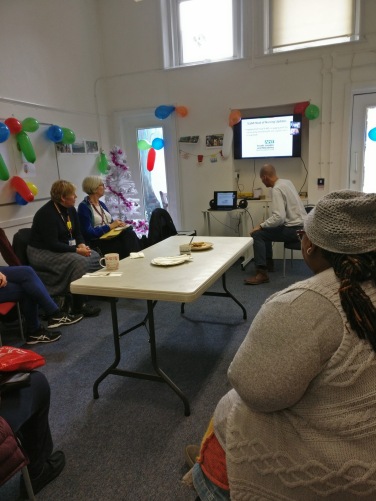 Most of the members have already read some of the latest reports are queried Marzena on why some reports are not highlighting unpaid carers, but in the future Healthwatch wants to develop stronger links to families and carers. This is something the forum is looking forward to as many feel that those who they care for is at the mercy of the health services.

You can look at more reports from Healthwatch Lewisham show below.

Other queries from members were on the lack of figures and stats from the Local authority and from SLaM, many feel that SLaM Quality Improvement has a huge part to play in revealing statistics. A big query came from a member concerned that access to services via primary care is severly lacking. They feel secondary care focuses a lot more on those who have managed to use the mental health system, but those outside the system, it will be a hard struggle. There is dismay that Local Authority will be taking over more services in the area, which means it will be harder to raise queries to healthwatch.

Marzena was kind enough to give out information leaflets, booklets, forms, pens and hygiene kits. The forum members took a few forms to feedback information from other services. 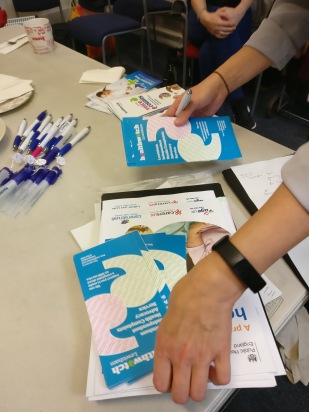 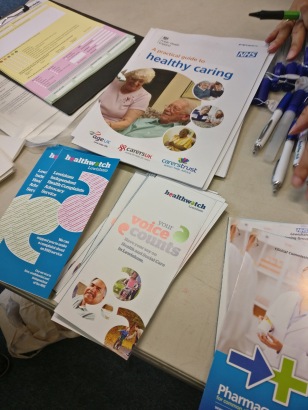 Also at the November forum, we were joined by South London & Maudsley NHS Foundation Trust’s (SLaM) Involvement lead for Croydon and Lewisham. Plus we were also joined by SLaM’s Head of Nursing. Before I continue, a bit of info about SLaM. Since some people think they are some trend for a basketball team. 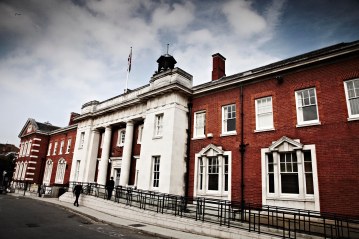 They also provide substance misuse services for people who are addicted to drugs and alcohol. Their services include the Maudsley Hospital and Bethlem Royal Hospital. They also work closely with the Institute of Psychiatry, Psychology and Neuroscience and King’s College London.

They are supported by Maudsley Charity and are are part of King’s Health Partners Academic Health Sciences Centre. You might notice off my Southwark or Lambeth forums NHS Staff turn up from King’s NHS Trust or Guys & St Thomas Hospital to engage with unpaid carers.

We had some good news from SLaM’s involvement lead as they have a new inpatient Modern Matron, who I will be closely working with in the new year. There will also be a community carer’s lead for the borough, but again this might be something or the new year as a lot of carer issues are out in the community.

There is a plan for SLaM to set up a support group probably on the wards, which I feel would be great even though I am already setting up carer-led peer support groups in several boroughs. I really hope the development of the SLaM carer’s support group involves ideas from the Lewisham MH Carers forum.

This wraps up the brief update from November’s update of the Lewisham MH Carers forum.  I can see Lewisham Carers becoming more festive as I await any Xmas party from the Carers centre. 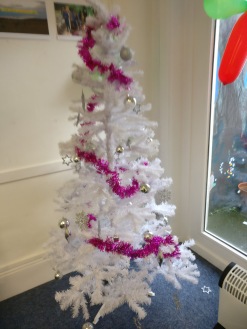 The next Lewisham MH Carers forum will be in January for the new year.